Accueil Afghanistan: Coalition PLUS provides support for the LGBTQ+ community

Afghanistan: Coalition PLUS provides support for the LGBTQ+ community

Since the arrival of the Taliban, the lives of LGBTQ+ people in Afghanistan have been under serious threat.

Some are afraid to leave their homes. Others are desperately calling for emergency aid.

And for good reason. Since the fundamentalists seized power, associations working to defend LGBTQ+ rights have been reporting accounts of kidnappings, torture and even assassinations.

In collaboration with activists from the Afghan diaspora and the LGBTQ+ community, Coalition PLUS is taking action to ensure the protection of those whose lives are at risk.

Over the past two decades, despite the criminalization of their sexual orientation and their gender identities, Afghan LGBTQ+ activists have taken enormous risks to advance social progress in their country. They have notably fought against radical Islam and campaigned for the establishment of a democratic regime.

Since the fall of Kabul on August 16, 2021, they have feared for their lives. Journalist, poet and human rights activist Nemat Sadat describes denunciations from neighbors, threats, and violence from members of the new regime towards LGBTQ+ people. According to him, all the progress made up until now has been wiped out:

“The Taliban’s hardline interpretation of Sharia justifies the killing of gay men by either stoning or toppling them off of 10-15 foot walls” he says.

Coalition PLUS answers the calls for help from the LGBTQ+ community

Today, Coalition PLUS, in collaboration with activists from the Afghan diaspora and the LGBTQ+ community, is taking action to ensure the safety of people in danger.

Thanks to our network, we are using all available logistical and legal tools to ensure the protection of members of the LGBTQ+ community under threat. Some have been able to leave the country already and must now be supported as they are rehoused and buy essential goods: food, toiletries and clothing.

If you wish to support the LGBTQ+ community in Afghanistan, we are launching an appeal for donations. All funds raised will go towards this cause and nothing else. 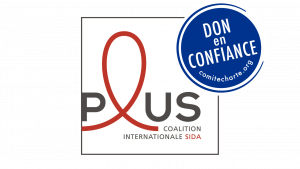